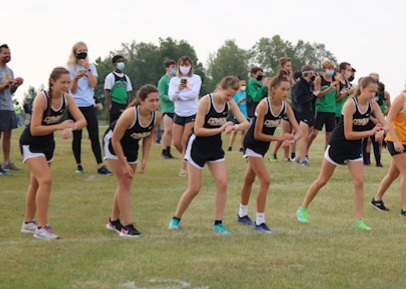 The Blackhawk ladies took on Jay County, Monroe Central, and Yorktown on Saturday, September 12, in Parker City. The team ended in 4th place on the day, but the competition carried most of the runners to a season-best performance.

The ladies are scheduled to compete in the New Castle Invitational on Tuesday, September 15th, in Memorial Park, New Castle.